» Waste Strategy 2007 for England and Wales


Most waste produced in England and Wales goes to landfill. Around 54% of commercial and industrial waste, and 83% of municipal waste is managed in this way.

We produce around 400 million tonnes of waste in England and Wales each year:


Budget 2007
In Budget 2007 the Chancellor announced that the landfill tax would increase more quickly and to a higher level than previously planned. Increases of £8 per tonne per year for active waste were announced from 2008-09 to at least 2010-11.

This is a big increase on the existing 'landfill tax escalator' under which the standard rate of tax was increased by £3 per tonne in each of the past three years as part of the Government's previous aim, announced in 2002, of reaching a rate of £35 per tonne.

How much is landfill tax now and how much will it increase to?
The current standard rate of landfill tax is £24/tonne. This rate applies to active wastes (those that give off emissions). This will have doubled to £48/t in 2010/11.

A lower rate of £2 per tonne applies to inactive wastes listed. From 1 April 2008 this will increase to £2.50 per tonne.

What will this mean for waste producers and waste management companies?
Increasing the tax to a higher level makes investments in alternative non-landfill treatments such as recycling and anaerobic digestion more economically viable.

Waste producers will have a greater incentive to avoid the burden of increased tax on landfilling through diverting waste from landfill and by using separated waste collection services involving waste auditing and separation of waste at source. These will become relatively cheaper, leaving only residual mixed wastes requiring disposal.

For many companies this relative change in costs could tip the balance between recycling and landfill disposal, making recycling now the most cost effective option. Source separation of waste has both environmental benefits, by allowing improved resource and energy recovery, and potential financial savings. Waste auditing and segregation allow businesses to see more clearly where their waste is produced and how it could be reduced. Reducing waste not only avoids any costs of waste treatment, but can also reduce costs through lower overall material consumption.

Has the landfill tax been successful?
Yes, it has been very successful to date. Overall quantities of waste recorded at landfill sites registered for the tax fell from around 96 million tonnes in 1997-98 to around 72 million tonnes in 2005-06, a reduction of around 25%.


DEFRA - Department for Environment, Food and Rural Affairs work for the essentials of life - food, air, land, water, people, animals and plants. Their remit is the pursuit of sustainable development - weaving together economic, social and environmental concerns. Defra therefore:

Waste Strategy 2007 for England and Wales


What the waste strategy means for business
Businesses have a big part to play in creating economic and environmental gains by ensuring their operations use recycled materials and include waste reduction measures. The strategy will offer the incentives and guidance to do this:


The EA are responsible for ensuring waste produced in England and Wales is correctly disposed of. They work with industry, local authorities and Government to ensure that hazardous waste is dealt with so that it does not pose a threat to human health or the environment. They encourage reuse and recycling and support the development of facilities to deal with hazardous waste.

In England and Wales waste going to landfill is controlled under the following regulations: 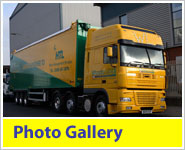